Driver Combos are battle mechanics in Xenoblade Chronicles 2 and Torna ~ The Golden Country. They consist of Driver Arts performed in a particular sequence. A Driver Combo begins when an Art inflicts Break on the enemy, after which it can be Toppled, then Launched and finally Smashed by using Arts with those effects before the enemy recovers.

Toppling or Launching an enemy also produces a medium HP Potion, while Smashing an enemy produces a large HP Potion and causes the enemy to drop items such as Core Chips, Core Crystals, and Gold.

Some Driver Arts, such as Rex's Mighty Ball and Brave Throw Bitball arts, have effects which further increases the damage dealt to Toppled or Launched enemies.

Listed are the Arts and corresponding Weapons which can inflict a Driver Combo status. A full list of Arts can be found on each Driver's page, and under Battle Arts.

If a Driver Combo is triggered while a Blade Combo is active or vice versa, the result is a Fusion Combo, which increases damage, combo duration and EXP, and partly fills the Party Gauge. 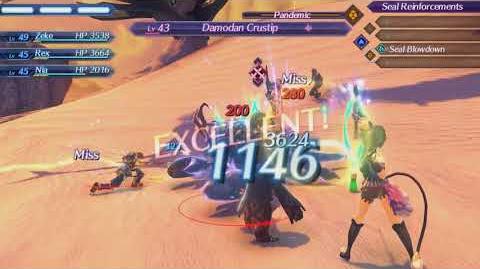 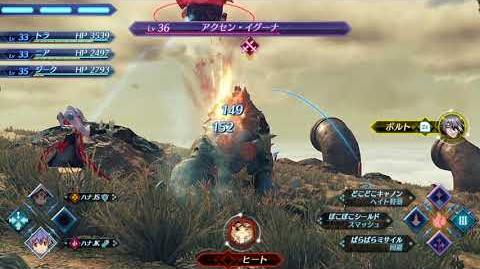 This article about Torna ~ The Golden Country is a stub. You can help Xenoblade Wiki by expanding it.