View source
watch 03:48
What are Skells?
Do you like this video?
Play Sound

Skells (from the word exoskeleton; Japanese: ドール, Dōru, Doll; English dub: /ˈskɛl/) are weaponizable mechs in Xenoblade Chronicles X. Skells rely on fuel to power them, and can be used in battle at any time, mostly against larger creatures.

The party may only acquire a Skell after Chapter 6, with the flight pack available after Chapter 9. Only BLADE members with a Skell License are allowed to use them. Skells have breakable parts (such as one losing its arm in battle) that will prevent them from using certain weapons until the damage is repaired. All Skell models can transform into different types of vehicles, such as the Formula Skell transforming into a motorcycle-like vehicle. Some Skells can also transform into an armed van or watercraft.

After finishing Chapter 6 of the main plot, the Skell License Certification Test may be passed and obtained. Upon passing the test, a weaponisable Skell can be obtained, which can be used to assist in exploration and battles throughout Planet Mira. After obtaining the first Skell, any playable character will also be allowed to pilot a Skell, provided they meet the minimum level requirements for their particular Skell. In addition, after Chapter 9 and a successful development, the Flight Module can be obtained, allowing the Skell to fly through Mira's sky. A significant range of actions will then be accessible, and numerous locations can be reached via flight.

There are three types of Skells: light, medium and heavy. Each type has different models with specific characteristics and features.

The Light Type Skells have low HP, but make up for this with their high Accuracy, Evasion, and excellent mobility during combat. They have a low fuel capacity, but low fuel consumption during flight. It is not recommended to add high fuel costing weapons such as the Hexad-Partican because they will use up all of the fuel out of the Skell. Weapons that cost 20-200 fuel are recommended for this type. Only light armor pieces can be equipped on Light Types.

The Heavy Type Skells have the highest HP and Physical Defense. They have the highest fuel capacity, making them a good choice for pilots who use powerful weapons that are high in fuel consumption. In turn, because of their weight, they have so-so mobility and evasion during battle. They also have high fuel consumption during flight. These Skells can equip all types of armor pieces as long as it matches their level.

These models are unlockable in New Los Angeles during certain affinity Affinity Missions. They must be developed at the AM Terminal.

Level 60 Skells And The Ares Skells

After finishing the game, blueprints for level 60 Skells become available.

Along with these two new super Skells become available.

The US0220 Urban ST model is the first Skell Cross receives upon completing the mission The Skell License. It is the only Level 20 Skell frame available to the player.

During A Girl's Wings, the test Skell piloted by Cross is an AS0115 Formula XT, a level 15 version of the Formula. The equipped weapons and armor cannot be changed but can be removed, kept in inventory and used after the mission. It is registered to Cross for the duration of the test flight. It is removed at the end of the mission, leaving Cross without this registered Skell.

Skells have their own levels which are independent to those of the party. During battle with Skells, Auto-Attacks are performed with Hand Weapons that can be equipped in both hands. Other body parts of the Skell can be equipped with weapons allowing to use Arts. These Hand Weapons (left or right hands) can be Rods, Swords, Assault Rifle, or Shotguns for example.

The Skells can equip up to eight Weapons (four in each hand), each of which comes with a specific Art:

Unlike ground arts, Skell Arts do not have secondary cooldowns. Each Art consumes Skell fuel to execute.

Some weapons are restricted to certain slots on the Skell frame, such as the right shoulder or right back, and some weapons are so powerful that they take up multiple weapon slots, such as both the right and left back or the whole back and both shoulders.

Similar to normal battles (out of Skell), Overdrive can be activated by consuming 3000 GP. While an Overdrive is active, Skell Fuel is not consumed, and extra effects are granted, depending on the frame model of Skell. These effects are displayed above the Arts palette upon activating Overdrive.

When an Art is used, the pilot may trigger Cockpit Time. Once this mode is triggered, all Arts will be charged up again, allowing for immediate reuse. The Skell also cannot move while in Cockpit mode except for ascending and descending. Reflect damage is also negated.

By inflicting Stagger on an enemy, the Skell pilot can Bind it, which constrains the enemy from moving in a violet sphere for around 10 seconds. A series of button commands appear when a player inflicts Bind, which the player must complete successfully, lest the enemy immediately break free. During the Bind effect, the damaged inflicted on enemies will increase. In addition, successful completion of a button command ("Perfect") increases the Skell Fuel by up to 100 units per button command and GP by 250.

While flying or by engaging in battle, the Skell will consume Fuel. The Fuel gauge recovers slowly when no pilot is in the Skell, or much faster when the pilot is in the Skell during certain weather conditions. The Skell can also be refueled in the BLADE Barracks, at a cost of 5000 Miranium for 3000 Fuel.

The individual parts of a Skell will be destroyed after taking too much damage. Weapons and Arts corresponding to the destroyed appendage cannot be used. Weapons which require both arms will be disabled if either arm is destroyed. GP will also be reduced after losing an appendage. Destroyed Skell parts are automatically fixed after the battle ends, and damage will be healed upon activating Overdrive.

When a Skell's frame HP reaches zero, it will be wrecked. If the Skell controlled by the team leader is wrecked, a Soul Challenge determines what happens:

Other party members automatically receive a "Perfect" rating, ensuring that their Skells will be repaired at no cost.

The Barracks Hangar option at the BLADE Barracks Console can be used to manage and customize the player's Skells. It also allows the repair of any Skells that were wrecked in battle.

Selecting a Skell in the Barracks Hangar menu will display the Skell's stats and fuel gauge, and the following options:

Most Skells begin with three units of Skell insurance, except for R&D Skells which come with ten units of insurance.

If a wrecked Skell can be repaired free of charge, or by using one unit of Skell Insurance, it will be repaired automatically when the Barracks Hangar option is selected at the BLADE Barracks Console. The Skell's insurance will be decremented by one if it is registered to the team leader and a "Perfect" rating was not achieved on the Soul Challenge when it was wrecked, or if the Skell only had one unit of insurance remaining when it was wrecked.

If the team leader's Skell is wrecked with no insurance remaining, selecting it in the Barracks Hangar menu will give three options:

It is also possible to cancel out of the repair menu without repairing or abandoning the Skell.

Aside from Skells registered to the party, some Skell enemies may be engaged in combat throughout Mira. These include various Skell models deployed by the Ganglion, such as Qmoeva, Galdr, and Seidr. It is possible to salvage Skell equipment by breaking their appendages. During certain missions, some Human-Made Skells are fought as an opponent. All Skell enemies are classified as Mechanoids. 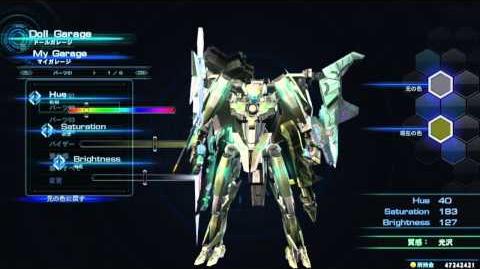 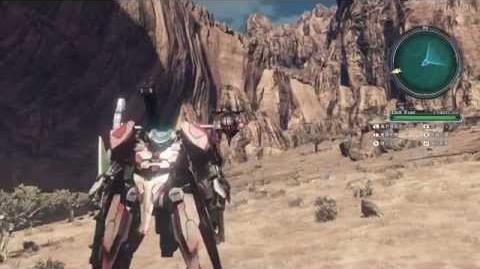 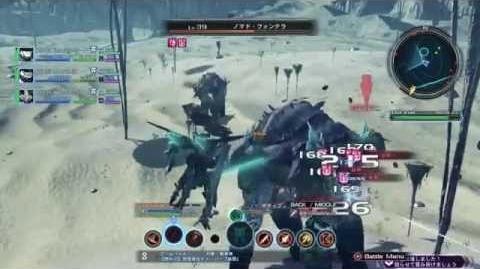 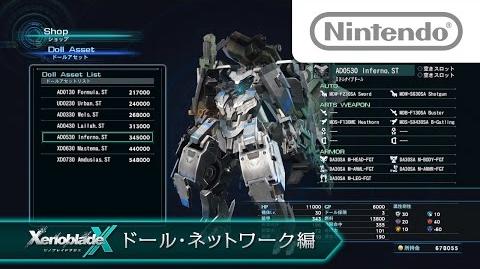