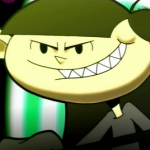 I have been a long-time user of Wikia for some time (several years now). I mostly edited a wikia/famdom for Ren Queenston (the Lapfox trax wikia) an artist with a very very very extensive back-catalog of music and artistic projects. The wikia there dried up with a lack of info for most people to put up there and most left, including myself. I set my sights on a new wikia I could call home and I now live here in the xenoblade wikia.

I am the guy responsible for most of the XC2 quests looking the way they do and I also exclusively listed every TTGC quest. I also like improving the functionality of the site as best I can. As in I like making lists so as to get people to what they want easier.

Given my schedule with graduate school, I am likely to come and go but will try to come back and find things to do as much as I can.

Retrieved from "https://xenoblade.fandom.com/wiki/User:Sleevesoco?oldid=428093"
Community content is available under CC-BY-SA unless otherwise noted.