Xenoblade Chronicles, known in Japan as Xenoblade (Japanese: ゼノブレイド, Zenobureido), is a role-playing video game published by Nintendo and developed by Monolith Soft for the Wii console. The game was announced during E3 2009, when a trailer was released to media. The trailer shows a futuristic sword-wielding character battling giant robots and creatures as well as third-person exploration gameplay. In January 2010, the game was renamed from Monado: Beginning of the World to Xenoblade to honor Tetsuya Takahashi, "who poured his soul into making this and who has been working on the Xeno series". The game was released on June 10, 2010 in Japan, and released on August 19, 2011 in PAL regions. The game was released in North America on April 6, 2012.

The game conveys the feeling of freedom to players through large, open environments, and is not as focused on cutscenes and story as its sibling games Xenogears and Xenosaga. Xenoblade Chronicles has an action-based battle system where normal attacks will happen automatically at intervals, similar to the set up in Final Fantasy XII. However, everything else is done manually, including movement of the character players are using, which plays an integral role into Shulk's special attacks. Special attacks recharge separately when used and are set by players on a "battle palette" at the bottom of the screen. The game also has the "Visions" system, where players can see glimpses of the future, and try to react or prevent it from happening.

The game has a number of features labeled as "Time Saving Support Features." For instance, while the game has a day and night time cycle, players can "wind the clock" to the time they want to go to, rather than just letting time elapse. Additionally, while the game is about exploration, many warp points have been added to aid in traversing the land. The game also sports a "save anywhere" feature, a feature relatively rare among console RPGs.

Another of the game's systems is the "affinity system," in which characters can partake in many optional sidequests with non-player characters. Completing such quests can alter perception of the character in the towns, and open up additional story sequences.

The game has extensive customization, such as being able to change a playable character's outfits, and having those changes be seen in battle, field, and even event scenes.

The development was originally intended for the regular Nintendo 3DS, but due to hardware limitations, it lacked the power and memory to run the game efficiently. Unbeknownst that the Wii's processing capabilities were greater than the 3DS, Monster Games requested that the 3DS needed an upgraded version with a more power CPU and more memory to run the port properly. As such, Nintendo announced about the New 3DS that was more powerful than the previous model, and its increased power made it possible to run the port properly. With the inclusion of the ZL and ZR buttons as well as the C-Stick, meant that the original Wii Classic Controller button layout could be used without adjustment. As part of the alterations made to the port, much of the on-screen information was moved down to the bottom touch screen to avert clutter to the top screen, while the layout was carefully arranged so as to maintain the feel of the original as much as possible.

To maintain frame rate and the seamless transitions between environments, unspecified "technical tricks" were used. Monster Games also worked hard to include 3D capacity despite the resultant technical difficulties. The most difficult part of the development was getting the game's scale to function within the new hardware. This entailed the creation of a new graphics engine with a custom visibility culling and complex level of detail systems. All of the environments were rebuilt and optimized for the new system while keeping the original aesthetic intact. The reason given for porting the game to the New 3DS rather than the Wii U home console was that the length of the game could be intimidating, especially for modern-day gamers, even if it was becoming more used to on-the-go, quick gaming sessions.

The game is displayed on both screens. A new feature consists of using the bottom screen as a map, as well as displaying party member information such as the Level, the HP, the character's portrait with the reflected Tension change and the inflicted Status Effect.

The new Collection Mode is another new feature allowing the ability to view the game's 3D models from any angle in the Model Viewer, and listen to the musical score in the Jukebox via a token based lottery. The Shulk amiibo can be scanned daily to unlock twenty-one tokens each week (three tokens per day).

The downloadable Wii version of Xenoblade Chronicles was released on the Wii U eShop on August 5, 2015 in PAL territories, on April 28, 2016 in the Americas, and on July 27, 2016 in Japan. The downloadable digital distribution takes up 6588.0 MB of hard disk space. The game is fully playable on either the Gamepad using off-TV play, or on the TV, and does not require a Wii Remote.

By buying the game on the eShop, Nintendo of Europe offered purchasers €10/£9 off Xenoblade Chronicles X during the two weeks following its release in December 2015.

At the end of the September 4, 2019 Nintendo Direct, a high-definition remaster port titled Xenoblade Chronicles: Definitive Edition (Japanese: ゼノブレイド ディフィニティブ・エディション) was announced to be released on May 29th 2020 for the Nintendo Switch.

This version improves the graphics with high-definition assets and redesigned key characters. Most music tracks are remastered with new recordings but the original versions remain available as an option. The user interface has been updated for improved ease of use. The Definitive Edition does not include the features of the 3DS version, i.e. Collection Mode and amiibo compatibility. It is the first Xenoblade Chronicles release with new language options such as Korean, Simplified Chinese, and Traditional Chinese.

A new epilogue story, called Xenoblade Chronicles: Future Connected, revolves around Shulk and Melia on Bionis' Shoulder accompanied by two of Riki's children, Kino and Nene. This additional story is accessible from the beginning and it is not needed to clear the main storyline.

Time Attack is a new feature added to the main storyline, during which enemies must be defeated in the shortest possible time. It is similar to the Challenge Battle Mode of Xenoblade Chronicles 2. Time Attack can be reached through portals that appear in various locations. The Nopon Archsage is waiting and will propose two types of challenges: "Free" challenges where the current party can be used, and "Restricted" challenges that use a set party. A selected task starts a time attack, enemies appear one after another and must be battled. Once they are all defeated, depending on the evaluation (cleared task time, battle success), Noponstone is earned and can be exchanged for equipment and gems, in particular new armour sets that are not obtainable in the normal game.

The new "Events Theater" feature, similar to the one in Xenoblade Chronicles 2, features every game event, and allows players to watch them again and to apply various modifications to the events as well (equipment, time, weather).

If there is Xenoblade Chronicles 2 save data present on the player’s Nintendo Switch profile, the option to start a new game with 100,000 G will be available.

For the full patch notes, see [How to update Xenoblade Chronicles: Definitive Edition].

The version 1.1.2 update was released on July 8, 2020. It included the following general issues:

Through the 14th MAXIMUS CUP event trailer of Tetris 99 published on June 23th 2020, Nintendo has announced that after having accumulated a total of 100 event points, earned based on the placement in each match, a new theme will unlock, featuring art, music and Tetrimino designs inspired by Xenoblade Chronicles: Definitive Edition. The music is specifically "Time to Fight!" when starting, "Mechanical Rhythm" at the top 50, and "You Will Know Our Names" at the top 10.

Famitsu awarded the game 9/9/9/9 in its review, totaling 36/40. Xenoblade Chronicles debuted at #1 in its week of release in Japan, selling 83,000 copies. It was also voted the third most interesting game released in Japan during the first half of 2010 in a survey conducted by Dengeki.

Several tie-in products have been released. These include:

Screenshots of the 3DS version of the game, showing the map, character portraits and party information displayed on the bottom screen 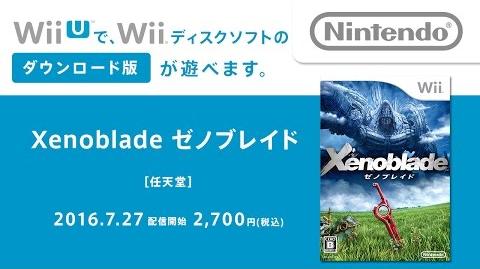 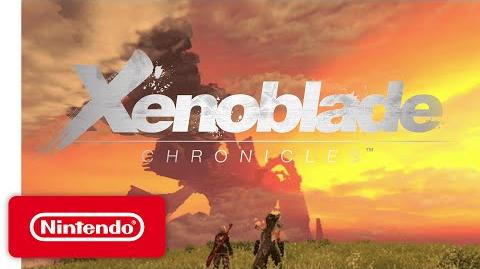 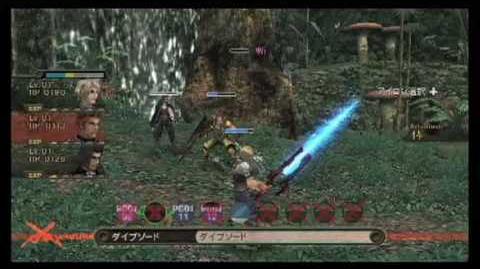 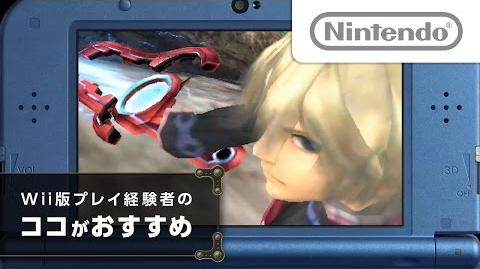 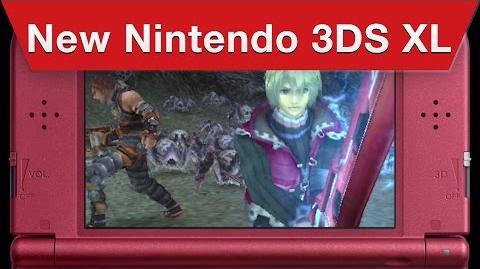 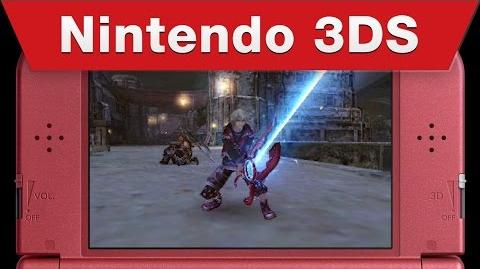 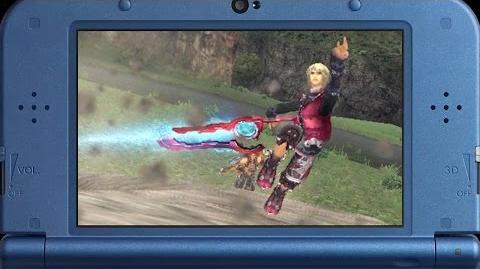 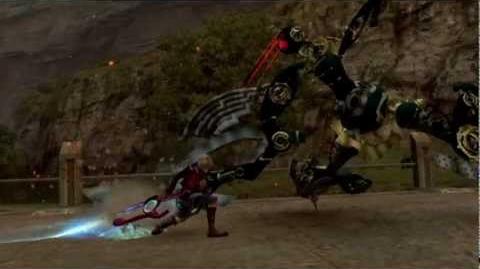